Today we’ll be looking at Diverse Industries (DI) and one of its catalogs from 1978. DI was founded on January 23, 1973 by Richard James and Horace Kline, who had previously operated a modeling agency together in Los Angeles DI was a mail-order company that specialized exclusively in adult material (this surprises you?). James was President and Kile was Vice-President and Secretary. By March 1973 James had bought out Kline’s 50% stake leaving him as sole shareholder.

[brief outline of Diverse Industries continues after the catalog]

Up to this point most adult mail-order companies were typically one-man operations, and fly-by-night in nature, and perhaps by necessity. James however developed a full management team to grow and sustain DI as a viable, ongoing venture, with Robert Easley (Marketing Director), Gary Wolfe (Art Directory), and Burt Goldman (Financial Officer, and no relation to Spicy Goldman) being the core.

DI would run ads in adult magazines, but they primarily operated off of mailing lists, which consisted on in-house developed lists (from respondents of their ads), and rental-lists from other adult businesses. DI would test the rental lists by sending a brochure or catalog (like the one we have here) to a small sample, and based on the results DI would decide on whether to purchase the full list or not.

It was this activity which got DI, and James in particular, in legal troubles in June 1975, when he and DI were indicted in the United States District Court for the Western District of Louisiana, charged with using the mails to send obscene literature illustrating films, books, magazines and devices, and other offenses. James pleaded guilty, and the court imposed the following sentence: (1) Petitioner was ordered to pay a $5,000 fine; (2) James was ordered to pay a $5,000 fine; (3) James was placed on a five-year probation with a special condition that he divest himself of all interest in [DI] within 60 days.

So James was forced to sell, and while DI was by this very profitable (going from gross sales of $710K in 1974 to over $3M in 1976), he didn’t get many takers. Ultimately it was Wolfe who bought James out, with Easely and Goldman being silent partners (each had been approached but neither wanted their names actually on the record as owners). DI lasted until around 1988, and while we’ll come back to DI another time to do a more in depth history, this is point in their story is in effect our jumping off point today, because our main focus is on their 1978 catalog (actually the second catalog of 1978, denoted by the “b”, and the first edition, “a”, is being sourced even as I type this [hopefully]).

While DI had been producing catalogs since 1973, and would go on producing them for probably another decade or so, the 1978 catalog was at the pivot point from being singularly film based to after 1979 being increasingly video tape focused. And while ads for 8mm and Super8 films would linger on in the back pages of magazines and catalog well into the mid-1980s, by 1980 the VHS/BETA flood gates would have been opened fully. So what we have here is more than likely the last pure film catalog from DI. Although there is one mention of tapes, on page 37, but that’s audio cassette and 8-track tapes of “explicit, primal sounds of men & women during intercourse!” (their words and exclamation make).

So here for your consideration is the 1978b Diverse Industries “Adult Erotica Catalog” in all its quaint yet very smutty glory.
–Spicy

Download the entire catalog as a PDF for you to peruse at your leisure. 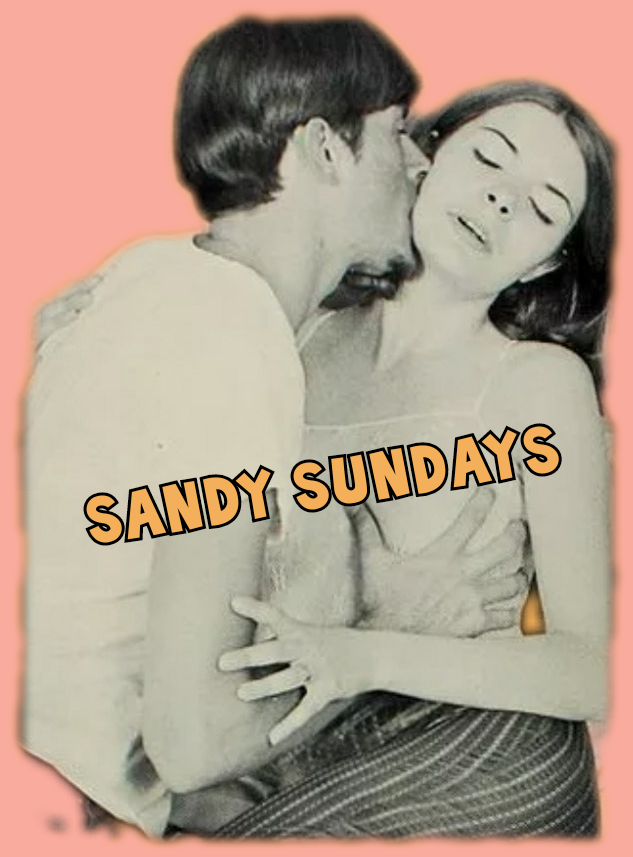 After a bit of a break we’re back with another Sandy Sunday. This is a rather early sighting of Ms Dempsey, from 1970s Wild Couples, brought to you by the good folks at Pendulum. As always, enjoy.-Spicy PrintFriendly

This week we have a three-fer from the fall 1965 edition of the nudist magazine EDEN. PrintFriendly 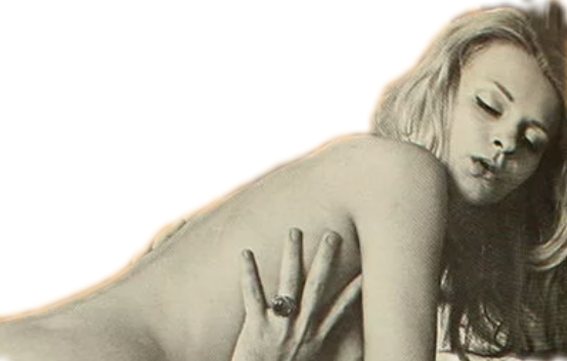 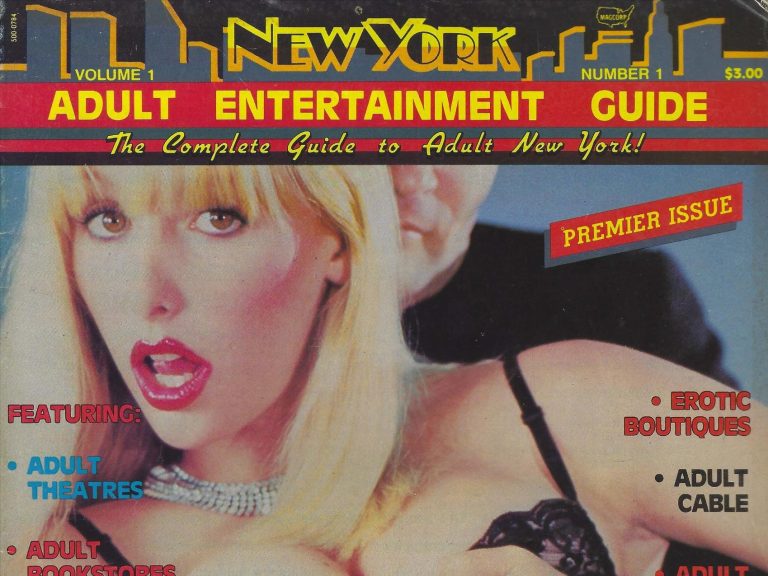 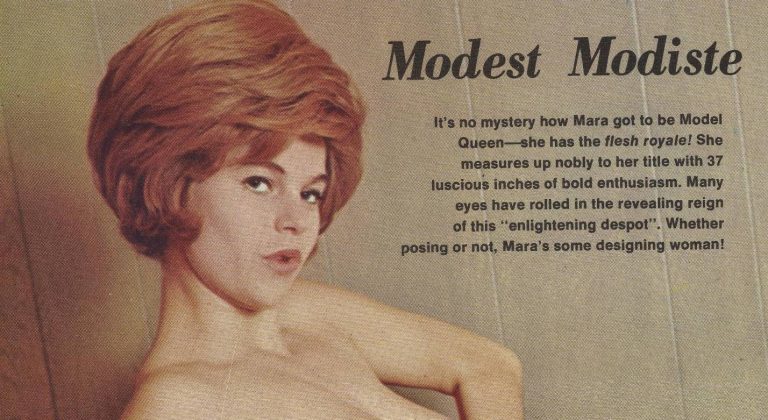 In a post from last year, BOWLING AND BABES, we highlighted a little know starlet from the late 1960s/early 1970s, Mara Moder. Rene Bond and Starlyn Simone were the other two participants in that bowling event, so Ms Moder was very much the mystery lady. We were able to construct a fairly detailed history of…